The rent is too damn high on Postal Service facilities, say auditors 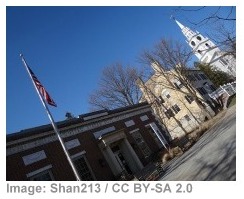 The Postal Service could save millions if it renegotiated leases set to expire that are above market rate, an Oct. 23 USPS inspector general report says.

Auditors identified 1,762 of 3,389 leases in which the service is possibly paying above market rate rent.

USPS could save $6.6 million if it renegotiated facility rates or closed facilities for 250 of those leases that are set to expire in the next two years and are above market rates.

Because of that, USPS lacked negotiation leverage and had to take leases at above market rates, the report says.

Customers and employees alike are more mobile than ever, which means CIOs and CMOs have to partner more effectively than ever to deliver the goods. Join us as we discuss making mobile apps a critical point of teamwork between IT and marketing. Register Today!