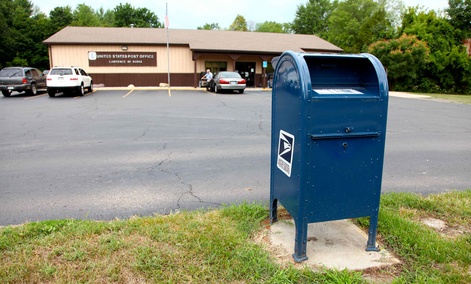 By Aliya Sternstein 7:00 AM ET comments
NEXTGOV
NEWSLETTER SUBSCRIBE
One ID for Military Benefits, Bank Accounts -- and Movies? comments
The iPhone 5S Just Brought us Closer to the Internet of Things and a World of Constant Surveillance comments
Yes, the NSA Hacked Encryption — But You Have a Defense comments
Americans' Worries About Internet Privacy Go Beyond NSA Surveillance comments

As reports of mail workers monitoring letters surfaced this summer, the U.S. Postal Service was applying to trademark merchandise aimed at preventing snoops -- outside the government -- from hacking online communications. The potential product line underscores the struggle agencies face in balancing privacy and national security -- all while trying to keep the government funded.

The name also would cover "electronic mail services in the field of financial transactions,” which presumably could generate Wall Street sales for an agency that has lost $3.9 billion so far this fiscal year.

These privacy services could potentially make it harder for the Postal Service to fulfill another of its missions -- to fight mail fraud.

The New York Times in July reported: "Postal Service computers photograph the exterior of every piece of paper mail that is processed in the United States.” USPS personnel log the items so they can "retrace the path of mail" at the request of the FBI, according to the newspaper.

As paper mail goes the way of the Pony Express, the Postal Service is looking to enter more digital media markets, including the ID industry. The agency, for example, is managing a governmentwide trial to see if citizens can securely access online services at multiple agencies without having to re-enter personal information or remember multiple passwords.

The network is part of a larger White House privacy initiative, called the National Strategy for Trusted Identities in Cyberspace, that is planning a worldwide online login network, where computer users can access any number of accounts using the same credentials.

By using this service you agree not to post material that is obscene, harassing, defamatory, or otherwise objectionable. Although Nextgov does not monitor comments posted to this site (and has no obligation to), it reserves the right to delete, edit, or move any material that it deems to be in violation of this rule.

Close [ x ] More from Nextgov
If You Want to Follow Federal Technology News, This App is for You
// 5:00 AM ET
Next Story
Powered by the Parse.ly Publisher Platform (P3).