A federal jury in Lincoln Thursday found a longtime Ogallala postal carrier not guilty of theft of mail by a postal employee.

In an opening statement Monday, Cynthia Jo Seitler's attorney, Korey Reiman, called it the case of the missing case: a box with $25,000 intended for an Ogallala bank.

Prosecutors said Seitler placed it and eight others sent by registered mail into a locked drawer on Sept. 20, 2012. The bank president signed for all nine boxes 90 minutes later, but when he got back to the bank, he and the head teller counted just eight.

"The ninth parcel ... has not been found," Assistant U.S. Attorney William Mickle said, arguing that Seitler must have taken it.

Reiman said that even prosecution witnesses testified to the honest and good character of Seitler, who had worked for the post office for 29 years.

In the end, he said, the prosecution just couldn't prove where that package went or if the bank president, who signed for all nine and was seen on video carrying the bank bags like bags of groceries, dropped one by his car and some lucky person came upon it.

The jury came back in less than an hour with a not-guilty verdict.

Reiman said Seitler's sons had tears in their eyes as they hugged her after the verdict.

Copyright 2014 JournalStar.com. All rights reserved. This material may not be published, broadcast, rewritten or redistributed. 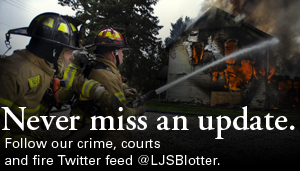 Cases classified as murders by local law enforcement under the FBI's Uniform Crime Reporting system, which does not include deaths caused by negligence, suicide, accident or justifiable homicide. Cases may be reclassified upon resolution.