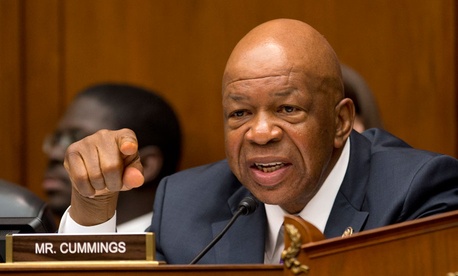 The Democrats’ House oversight leader has introduced his own bill to overhaul the U.S. Postal Service, seeking to create new and innovative products for the agency, reduce the number of employees and alter the payment schedule for USPS liabilities.

In draft language of the new proposal -- the 2013 Innovate to Deliver Act -- Cummings brought back many ideas he offered in the last Congress. New additions to the bill to generate revenue and cut costs include allowing the Postal Service to deliver wine and beer and lowering the maximum pay for most USPS managers. Both proposals have received bipartisan support as standalone legislation.

Another key change to Cummings’ bill would alter the prefunding requirement for retirees’ health benefits so USPS would have to make actuarial payments recalculated on an annual basis. The legislation would require the Postal Service to reach 80 percent of its obligation by 2053, and delay any payments until 2017.

Issa proposed similar language in his bill -- the 2013 Postal Reform Act -- which he released in June. The chairman’s bill would require full funding by 2056. Currently, USPS makes pre-fixed annual payments into an account for future benefits. The Postal Service has defaulted on its payments the last two years, however, and has said it does not expect to make its next payment due in September.

The change was a major concession for Issa. The Government Accountability Office has said the new payment plan -- which President Obama called for in his 2014 budget proposal -- would save $2 billion to $3 billion annually.

Similarly to Issa, Cummings called for the Postal Service to be able to lay off employees, though Issa’s bill goes further in nullifying existing and future collective bargaining agreements. Cummings’ bill would also grant USPS the authority to offer buyout incentives through 2016 -- providing voluntarily separated employees with $25,000 or an extra one-to-two years of credited service.

The bill would require GAO to issue a report on USPS’ workforce reduction efforts and evaluate the agency’s projected employment needs. It would require the postmaster general to report to Congress on plans to suspend or close USPS processing facilities within 120 days of the bill’s enactment.

A carryover idea included in the bill would create a position for a chief innovation officer, who would be tasked with developing an “innovation strategy,” including new, non-postal products. The legislation would dramatically increase the budget for annual spending on experimenting with new products.

Cummings proposed to institute a balanced budget requirement at the Postal Service, which would prohibit the agency’s Board of Governors from receiving pay for any year in which costs exceed revenues, beginning two years after the bill’s enactment.

Issa and Cummings both suggested using any existing and future surplus in the Federal Employees Retirement System to pay down unfunded liabilities, especially those in the Civil Service Retirement System and future retirees’ health benefits. Cummings would allow for a one-time payment into other debts -- including operational shortfalls -- while Issa would not.

Ali Ahmad, an Issa spokesman, said the oversight committee’s staff became aware of the draft legislation on Tuesday and is currently in the process of reviewing it.

Sen. Tom Carper, D-Del., chairman of the Senate Homeland Security and Governmental Affairs Committee and the other major player in creating a bipartisan, bicameral postal reform bill, will likely issue a third proposal in the coming weeks. Carper drafted a bill in the last Congress, which cleared the Senate but was never taken up in the House.

Sign up today for the latest in sharing ideas across government

Agencies used to broadcast their messages through social media; now citizens are talking back.

The Doctor Is In

NIH’s Francis Collins isn’t afraid to take risks in his fight for the future of biomedical research.