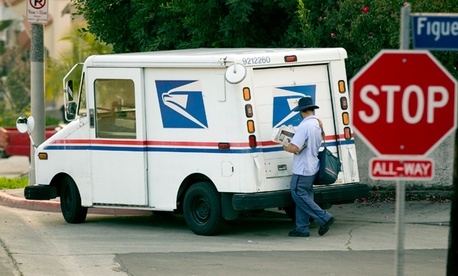 The U.S. Postal Service ranked as the lowest-performing postal agency or commercial operator in a new global, private industry report.

The survey, released by Accenture, evaluated 24 government-operated postal organizations and two private companies that together deliver 75 percent of the world’s mail. The report found USPS burdened by legacy costs high performing agencies in other countries have shed, such as pension burdens and the “restrictive” universal service obligation.

The Postal Service has not adapted to the worldwide trend of declining mail volume by innovating new products and offering new services with flexible pricing, the report found. Mail volume decreased 12.8 percent from 2010 to 2011, according to Accenture, and the agency lost a record $15.9 billion in fiscal year 2012.

The report highlighted countries such as Singapore and Italy for their adaptability in what others have found to be trying times, as they are not bound by the same legislative roadblocks that restrict their U.S. counterpart. Those high-performers have provided new functions, such as financial services, and have used price changes to develop revenue growth.

All product price changes at USPS must be approved by the Postal Regulatory Commission, an independent agency with Postal Service oversight responsibility.

The report also surveyed commercial companies UPS and FedEx, which have effectively provided logistics services, such as sourcing, warehouse management and transportation to its clients. Successful postal agencies, such as Australia Post, have used their retail space for issuing passports, fishing licenses and motor vehicle registration.

While no mail operator has fully and embraced and integrated digital mail into its revenue model, many organizations have developed successful digital products, such as Germany’s Deutsche Post, which allows customers to send a letter using a texted code rather than a stamp.

USPS also lags behind its counterparts in adapting to its customers’ needs. Many countries have instituted 24/7 lockers for customers to pick up packages, same-day delivery -- a service USPS is currently developing -- return package services and package redirection.

Another burden on USPS, according to Accenture, is its  monopoly on individuals’ mailboxes; some countries allow private companies to deliver mail directly to a customer’s home.

The report said the Netherlands and New Zealand have created more flexibility with employee costs by instituting a part-time workforce and a three-day delivery schedule, respectively.

USPS has dramatically reduced its workforce over the last few years through attrition, but still has 495,000 employees.

Why Mobile Trends are Reshaping the Federal Workforce

Preventing the Next Disaster

From street crime to terrorism to violent weather, the Homeland Security Department’s fusion centers piece together critical intelligence that can save lives.

Intruders can tap into vehicle systems to access cellphone calls, GPS signals—even the brakes—with no industry regulations in sight.