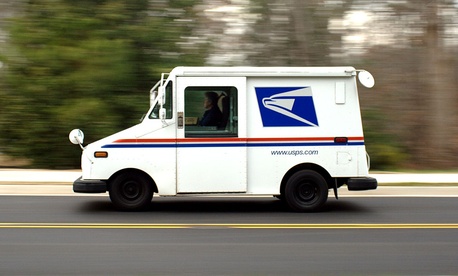 The U.S. Postal Service is seeking permission to replace 11 percent of its vehicles, which would cost about $624 million, according to the agency’s budget submission to Congress for fiscal 2014.

The request to buy 24,000 new vehicles would mark a nearly 20,000 percent increase over vehicles expenditures in 2013, when USPS plans to spend about $3 million. A spokesman for the Postal Service -- which is losing $25 million per day and is attempting to slash spending -- said this is just an initial request.

“This is a very preliminary budget request at this point,” Mark Saunders said, “as it needs to go through a prioritization processes in addition to various approval processes IF funding is to be approved.”

While USPS receives virtually no appropriated federal dollars, the agency must still submit its budget to Congress. Saunders added a similar request was made last year, but it “wasn’t high enough of a priority” to get final approval. “Remember, we’re losing $25 million per day,” he emphasized.

Saunders said the vehicles USPS is attempting to replace are “very old,” but are in working condition and safe to drive.

The Postal Service has shed about 168,000 jobs in the last six years to keep pace with declining mail volume and revenues, while consolidating mail processing centers and trimming hours at thousands of post offices across the country.

Taking a Flier on Big Data

Managing through tough times is a challenge, but crisis creates opportunity too.