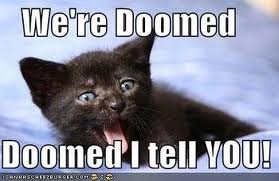 And it was all going so well. OK, so Santa ignored my wishes and didn't drop any of the TTM Pichit cheerleaders in my stocking but then I wasn't very good this year anyway. But a general atmosphere of festive cheer and a bright start by the home side had everything looking rosy. The starting line up of Kawin (GK), Kayem (LB), Panupong (CB), Nattaporn (CB, capt), Ali (RB), Pitchipong (MD), Datsakorn (MD), Buntao (MD), Dagno (AM), Fowler (CF), and Teerasil (ST) looked fresh and produced a fantastic system of attacking through the middle and then lifting weighted high balls to overlapping wingers, or the reverse. Chonburi dealt with it well by keeping a deep and physically strong back line, but it was surely just a matter of time. Sure enough Dagno did the honours and put the topping on the Christmas pudding by running to our corner and celebrating right in front of us. But then something strange happened, something that probably says a lot about our state of mind.

In the not too distant past, taking the lead at home would spur us on to more and more goalscoring chances as the visitors pushed forward and miraculously escaped any of the injuries which had caused them to roll around in "agony" before the goal went in. This time however, we started to sit back and ride our luck by defending a single goal lead. Fowler started to drift out of the game even before the half time whistle which left Teerasil and Dagno to try and force a way through the middle, since the overlapping wide players now decided to stay deep and defend. If Robbie noticed any of this, I didn't see him address it at all.

In the second half Robbie made two touches of the ball that I recall. One was a nice little jink in the Chonburi box to release Dagno, a nice move but nothing that Chistian, Miroslav or even Ahnon couldn't do ten times a game. The other touch was a lazy hacked clearance that immediately gave possession back to the visitors. The goals were inevitable and sure enough Chonburi equalised and then took the lead within minutes.

When Fowler was substituted (for Anon), a cheer actually went up from home fans. I honestly don't know if it was relief he was leaving the field or a knee-jerk clap to the mention of "God's" name. Chasing the game, we actually started to get back on top and force a few desperate clearances from Chonburi. But It was too little, too late and we slumped to our second successive home defeat.

At the press conference Robbie said: "Sometimes it works this way in football. We have to pick ourselves up and see where we go from here." Fair enough, but we don't get to hear any further details from Robbie.
Why has it stopped "working out" for us so suddenly?
Why have we lost more games since he took over than we did through the whole of last season?
Why did we sit back and invite Chonburi to attack a one goal lead?
Why are we conceding so many goals in the second half of each game, the time when fitness and mental character are really tested?
Why did we look so much sharper in attack when Ahnon - who has not had a great season himself - came on and Robbie went off?

After so many managerial changes in the last year, the thought of changing so soon might seem wild but this situation scares me. Robbie has been announced as coach for next season but is this for the best? At the very least, he has got to retire as a player. I fear the only reason he is still playing is due to contractual obligations, but those obligations are costing us dearly. He's not Ryan Giggs and has not got the fitness to last or even impact a game. The second half of today's game may as well have been ten against eleven for large periods of play. Moreover, Fowler didn't even seem interested in formation or tactics. Perhaps he leaves those to Josic but if so, the division of labor needs to be clear and effective.

My worry is that we will, quite rightly, try to give our coach time and allow him to take us into next season, but will then realise the wrong man is in the job. By then, the next coach will not have time to build or prepare the side for a new title challenge and the chaos will repeat itself.

I'd love to be proven wrong, to win this year's FA Cup and to eat my words. Nothing would make a better 2012. To that end, I'll be one hundred percent behind the team during every game, just like the rest of the excellent supporters that cheer the side.

Man of the match:
Ali Diarra had an unfortunate tumble in the second half and was unlucky to be caught playing Chonburi onside for their first goal, but looked determined and capable all game, as well as providing some crucial sliding tackles. Looks like we have another good defender in our ranks.

Posted by Greg at 17:56
Email ThisBlogThis!Share to TwitterShare to Facebook

This unofficial blog is intended to introduce the Thai Premier League club Muangthong United. A good place to start is the essential links section right below.

A few articles require a "members password" that anyone is welcome to. Click here to read more.

There's no need to request permission to copy anything you read here. Read here for details.

I don't own most images used. I try to give credit but please contact me in case of a problem.

Muangthong the Champions - The MTU anthem

The standard of Thai football

The culture of Thai football

Nonthaburi FC blog (my other blog on the other Nonthaburi team)

Breathing Football (by Thais, in English)

This work is licensed under a Creative Commons Attribution-NonCommercial-NoDerivs 3.0 Thailand License.

This blog is not official, opinions expressed are not those of Muangthong United. Absolutely no warranty of any kind is provided with the information supplied in this blog.