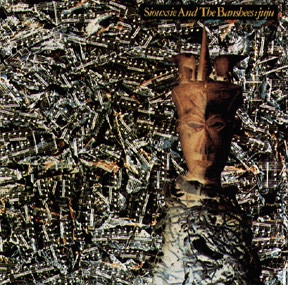 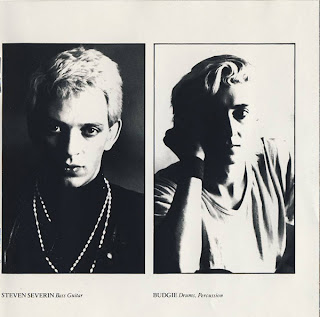 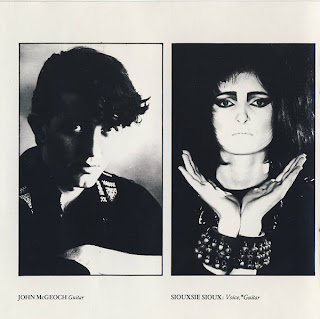 As bands being covered on this blog go, they don’t come much bigger than Siouxsie and the Banshees, all the more impressive for a girl who started out life as a hanger-on with the Sex Pistols, and part of a social clique that would become known through the writings of journalist Caroline Coon as “The Bromley Contingent” and which also included a very young Mr Billy Idol who would go on to form Generation X.
The full history of The Banshees is far too well documented to be worth repeating here. Suffice to say that The Banshees started out as a punk band performing a virtually impromptu gig at the 100 Club in 1976, moved swiftly into post-punk and later into a style of their own right that would last until their dissolution after The Rapture (Polydor, 1995). Somewhere in the early period however, the band would become terribly influential to the nascent Goth scene, not least due to Siouxie’s make up and hair, but also their sound which would go on to lend so much to the bands that would follow in their shadow.
Juju stands out from the rest of The Banshees’ catalog however, in that rather than being content with merely influencing the new crop of post-punk gothicness, they actually decided to jump briefly on the merry-go-round for a quick ride themselves. Freed of the raw fire of earlier numbers like “Love in a Void”, Juju presented the listener with something much more sinister and bleak. Of course everyone is familiar with the singles “Spellbound” and “Arabian Knights”, but is really on other tracks like “Halloween”, “Night Shift”, “Head Cut” and “Voodoo Dolly” that the dark brilliance of Juju really shines through. “Halloween” is especially interesting, not least for how closely the guitars would resemble those used by Christian Death on Only Theatre of Pain (Frontier Records, 1982) around the same time, but also for its lyrics:
“A sweet reminder,
In the ice blue nursery
Of a childish murder,
Of  hidden luster…
…I wander through your sadness,
gazing at you with scorpion eyes”
“Head Cut” makes for similarly fascinating listening with instrumentation eerily predictive of the sound bands like the brilliant X-Mal Deutschland would emulate in the not too distant future.

Good heavens - could that really be Mrs Smith's little boy Robert on
guitar in this one? Why yes, I do believe it could.

The Banshees appear to have been a little ambivalent where their lasting legacy was concerned, on one hand proud of their degree of influence, while at the same time perhaps less than fond of their strange offspring. Liner notes on Mick Mercer’s compilation Gothic Rock (Jungle Records, 1992) quoting Banshee’s manager Tim Collins make for an enlightening read:


“Many thanks for your wonderful offer to be included in a cavalcade of goth-geek. I’m frankly amazed that some of the bands you’ve listed have actually agreed, however, I can understand why others have. I’m afraid we will have to decline this wonderful opportunity on the grounds of Mick’s comment that Siouxsie and the Banshees weren’t part of the Goth movement. We’ll just have to hope that our exclusion from this project won’t reflect too badly on us.”
Track listing:
1. Spellbound
2. Into the Light
3. Arabian Knights
4. Halloween
5. Monitor
6. Nightshift
7. Sin in My Heart
8. Head Cut
9. Voodoo Dolly 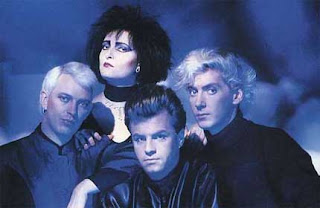 A Welcome and Introduction

Plunder the Tombs was started by way of looking back on a musical past that I felt in sore need of curation.

What passes for “Goth” these days seems a pale imitator of what once was, and when contemporary DJs in Goth clubs do finally become brave enough to play something like Bauhaus only to have the dance floor clear, it becomes obvious that the memory of many of its current acolytes seems myopic at best.

I have taken the conceit of loosely viewing Goth as falling into three main waves; the first, mainly influenced by post-punk, the second primarily driven by hard rock and the third which seems to be mainly driven by dance music and owing much to EBM, future pop and aggrotech. Not that there’s necessarily anything wrong with this - all scenes must evolve or die.


Nevertheless, the apparent lack of memory (or perhaps lack of interest?) of the third wave Goth kids in the history of their scene impelled me to create this blog, looking back on the first wave of what became “Goth” & its American counterpart “Death Rock” from around 1979 till 1988.

If 1988 seems a little arbitrary as a point when the second-wave rock sound finally attained its dominance over post-punk’s waning influence, then consider that this was the year The Mission released the very rock-driven “Children”, Fields of the Nephilim gave us their eponymous album and just a year earlier The Sisters of Mercy had released the towering and triumphant Jim Steinman produced “Floodland”. It would seem like a neat book mark between epochs would it not?

Although it is only the first post-punk influenced wave that is of interest here, this blog is by necessity written in retrospect – after all, I was only nine when Bauhaus released “Bela Lugosi is Dead”, not to mention born in the wrong country, and I make no apologies for that - & much as I would have adored being there, to claim firsthand knowledge would be simply dishonest.

All that said, let us now examine what lies almost forgotten in the past from a unique and beautiful period of music as we explore what happened to Goth in a more inventive time. Before rules were consolidated, before every second band became a bad Sisters of Mercy or Fields of the Nephilim clone, before the Goth scene became more about fashion and dance music, and well, just before…

Let us plunder the tombs….

James Von Sutekh
Perth, Western Australia
A DJ throughout the 90s at numerous Goth night clubs in Perth including The Cell, Dominion and others he was probably far too drunk to remember, largely as a result of his preference to work for bar tabs over cash. Also helped found 6RTR fm's Goth & Industrial showcase Darkwings. Rumour has it he once masterminded an ill-advised Goth fanzine "Small Pleasures" that in retrospect, he remains profoundly grateful never made it off his desk.

Get notifications of new posts