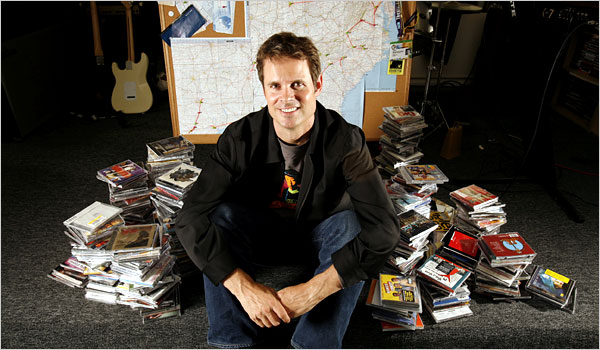 Tim Westergren closed his Internet music radio site Pandora to users outside the United States because of international royalty problems.

To find reference information about the words used in this article, double-click on any word, phrase or name. A new window will open with a dictionary definition or encyclopedia entry.