MSNBC Host to 'Wingers': Ebola Was Spread at a Private Hospital in a Red State, You Know | Katie Pavlich

Will U.S. Troops Be Protected From Ebola During Deployment to West Africa? | Katie Pavlich 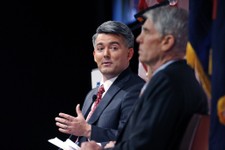 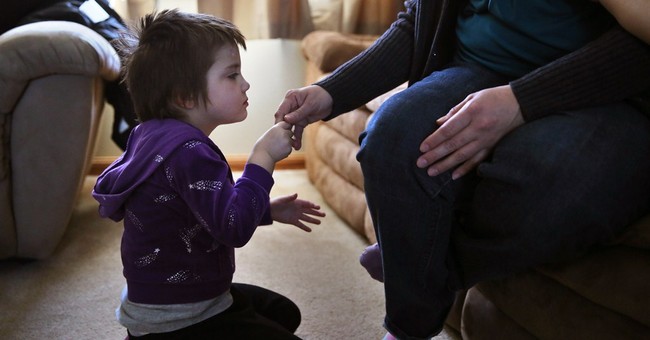 We need, as a society, to get back to celebrating mothers who sacrifice their careers to care for our most vulnerable, our children. And yes, we can have our cake and eat it, too. We have emerged from the former mindset that women are inferior to men, but we also must emerge from and reject the mindset that full-time mothers are inferior to working women or single mothers. I’m not longing for the pre-60s era of shoeless, apron-donning women. I’m longing for an era in which fully realized women recognize the nobility and beauty of a mother who makes the personal decision to forgo a career and raise her children. Let the women who choose to be professionals do so, but let the mothers shine as well.

Today becoming a mother is seen as a career-stopper. In reality it should be an opportunity for a woman to become a part-time entrepreneur with a greater earning potential than the employee her husband most likely is. With the financial security and rewards of her husband’s earned income, she can work on building a business from home. If it gets to a point where it can bring in more money than her husband is making, there's always the possibility that they can eventually join forces and work in tandem from home together full time. Can you imagine what an incredibly creative and productive society we’d have if our young women were compelled to think and advocate in this way?

Proverbs 31:10-31 provides a great description of what such a woman would be – an ideal wife and businesswoman. Who would you have ever thought that the Bible promoted entrepreneurship in women? Take a look for yourself.

The biggest tragedy is when women choose to value their careers over families and relationships. This is a misguided prioritization. The proper order of priorities for a home is faith, family, friends, then education and vocation. Notice that the job actually comes last - after making sure that family, friends and self has had their needs met. In some circumstances it may be more logical for the man to stay home, and there are examples of this in society. But such a husband will require much support from his wife to endure the ridicule he will face on a daily basis from ignorant men and even some of the women he might meet while taking care of the children. Not those women shouldn’t always support and encourage their husbands, but it’s particularly important when they are acting in a non-traditional role. Conversely, it should go without saying that men should support and encourage their wives when they are gracious enough to sacrifice their careers in support of their family. This decision should never be taken for granted, and as the man would endure ridicule, so would the woman.

Of course there are examples of men who have raised children without having the support of a woman, and the opposite is true too. However: This is a significantly less than ideal situation. Women need to understand that just because their bodies are capable of bearing children doesn’t mean they should be using that ability to receive a welfare check or alimony. Bearing a child should be a very sacred thing, and that which leads up to childbearing should be guarded and reserved for the man who will take care of you and help you to take care of your children as well. Anything less degrades and undermines your important role in this world and by extension women in general. Self-respect is so important, and something that’s lost in the vicious cycle of children being raised improperly. When one parent is missing, or the parents are too busy for their children, the children seek attention elsewhere such as a gang, cult or any group that accepts them, regardless of their intentions. This predicament makes the role of women critical because their care can keep their children from choosing a life of crime and hopelessness. Properly raising children actually decreases crime. Respecting yourself and valuing yourself enough to not give up your virginity without a proposal from the man pursuing you can make society safer. So you could make more money and increase the likelihood of your daughter robbing you for drug money, or you could take the time to raise your child so he can take care of you in your retirement.

Many may still scoff at women who choose the road of motherhood, but it’s by taking this high road that this and every other society can be elevated to a place where everyone can reach the American dream. Women, by nurturing their families and supporting their husbands, can be the greatest force for positive change in America. However, if we continue with our selfish and greedy ways, we will continue to destroy the land our forefathers fought for and that we’ve come to love. In doing so we will complete the undoing of the most sacred institution mankind has known since the beginning of civilization, the family where two parents and their children are the most sacred of all.

TOWNHALL DAILY: Be the first to read Armstrong Williams' column. Sign up today and receive Townhall.com daily lineup delivered each morning to your inbox.

MSNBC Host to 'Wingers': Ebola Was Spread at a Private Hospital in a Red State, You Know | Katie Pavlich 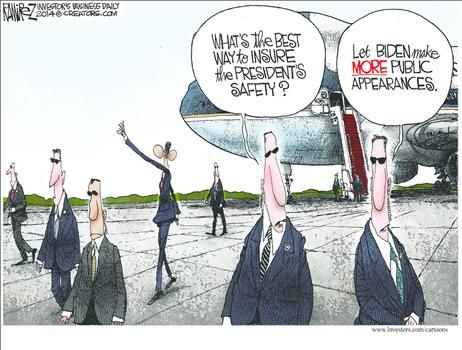 If ISIS takes Anbar, Iraq will be cut off from OPEC | Noah Rothman

Wendy Davis press conference: Meet all my friends who are in wheelchairs | Allahpundit

Libertarian? Then you probably shouldn’t watch Star Trek. Or the NFL. | Jazz Shaw

Roberts Vows to ‘Shut Down the Senate’ if Obama Empties Gitmo

Scott Brown Gets Mobbed by Supporters at UNH

Copyright © Townhall.com. All Rights Reserved. Terms under which this service is provided to you