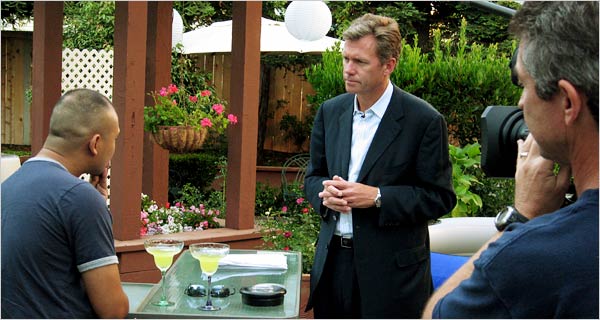 Chris Hansen of “Dateline NBC,” which has worked closely with Perverted-Justice.com, filming “To Catch a Predator” in Petaluma, Calif.

Published: December 13, 2006
More Articles in Technology »
Need to know more? 50% off home delivery of The Times.

To find reference information about the words used in this article, hold down the ALT key and click on any word, phrase or name. A new window will open with a dictionary definition or encyclopedia entry.

A timeline of the 100-day writers' strike